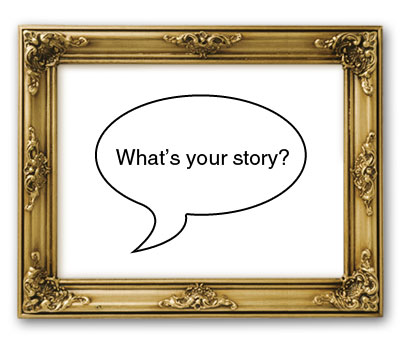 Here’s the truth about telling stories with your life. It’s going to sound like a great idea, and you are going to get excited about it, and then when it comes time to do the work, you’re not going to want to do it. It’s like that with writing books, and it’s like that with life. People love to have lived a great story, but few people like the work it takes to make it happen. But joy costs pain. {A Million Miles In a Thousand Years, p 100}

No pain, no gain.  These words have significance that ranges from the advertising cliche, to the pain that Nairo Alexander Quintana Rojas must have felt many times in the French mountains on his way to winning King of the Mountains in this year’s Tour de France.

We have a story to live with our lives.  It sounds romantic doesn’t it?  We have a destiny.  The problem is, there are several versions of the story to choose from, and different destinies.  The devil is in the details, or, rather, in the lack thereof.  The devil wants us to be surprised that living the highest destiny takes work and requires sacrifice.  The devil is rather pleased to let us live an easy life that requires nothing, and in the end gives nothing and receives nothing.

Honestly what scares me is not living the story God has for me because I don’t want to make the sacrifices.  I know I have fear to overcome.  I know I have self to deny.  My own shortcomings are daunting.  Herein is the gospel: God makes me new and gives me strength to live the best story.  Oh God, I want the gain.  Help me submit to the pain.

Hebrews 13:5 – For He Himself has said, “I will never leave you nor forsake you.”

Revelation 3:19 – “As many as I love, I rebuke and chasten. Therefore be zealous and repent.”

He does not require them to give up anything that it would be for their best interest to retain. {Patriarchs and Prophets, p 599.4}